What if you happen to arrive in Amsterdam right when the biggest celebration of the year is getting started? Obviously, some non-Dutch know what to expect and may even come to visit for this exact reason. Other people, however, may find some help useful on this occassion. Who even is the King of the Netherlands? Why is everything and everyone dressed up in orange? How does one koekhap? We made sure everyone left the airport King’s Day proof.

After a previous King’s Day activation by New Amsterdam with Heineken, KLM jumped into the celebration itself, the airline wanted to focus more on its customer care this time around. And so people who flew in to Amsterdam the day before, or on the actual day when the Dutch celebrate their king’s birthday, were treated to a 60-second crash course for the extraordinary, orange-coloured, nationwide street party they were about to find themselves in the middle of.

‘It was a complicated job, because there are always a lot of rules and regulations about what you can and can’t do at an airport,’ says Giuseppe du Crocq, head of New Amsterdam’s creative studio. ‘There were security issues, and of course the weather in Holland is always unpredictable.’ But the weather was fine and the joy of unexpectedly being included in a national celebration was anything but unpredictable.

Do you want to feel like a King or do you want us to help you build your brand story too? 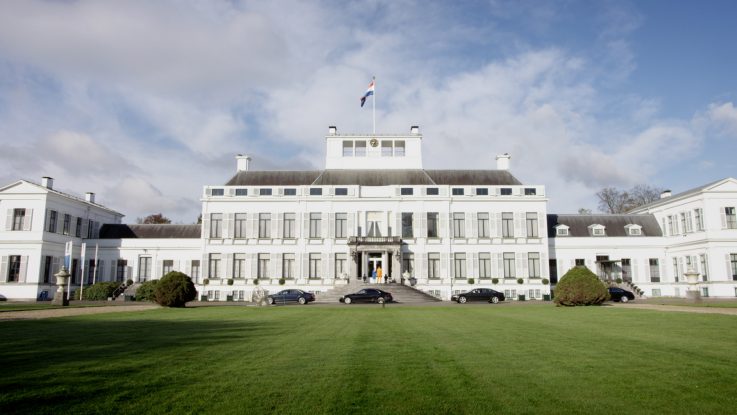