Moeder aan de Lijn (international title: Mom Calling) wasn’t just a documentary about informal caregivers and the strains under which they work to care for their elderly family members. The Nelleke Koop-directed film came with an extensive campaign that included a number of meet-ups throughout the Netherlands, where informal caregivers could meet and encourage each other. On 11 April 2019, New Amsterdam was awarded the bronze Impact award at ADCN’s annual Dutch Creativity Awards for Mom Calling. 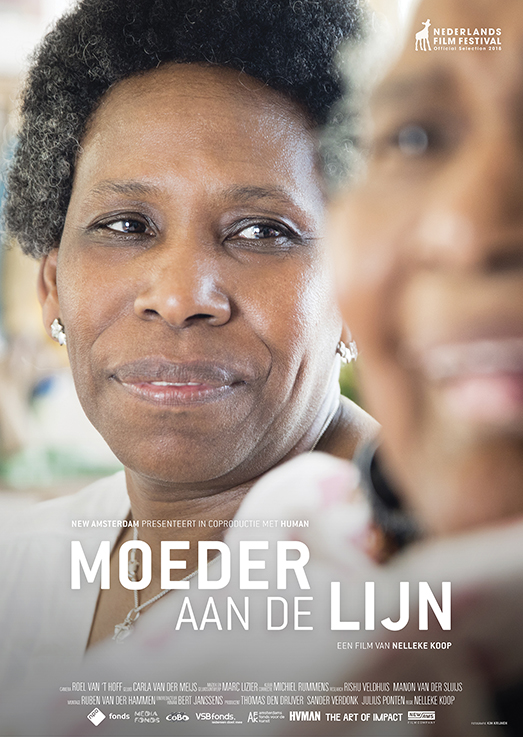 Elien, Carin and Hannah are always there for their mothers, despite having a career and their own life to worry about as well. The documentary Moeder aan de lijn (‘Mom Calling) observes all three daughters and their mothers for a period of about a year. As the mothers gradually lose their grip on life, their adult children make sure to wash, dress and feed them. They do this out of love, although sometimes their sense of duty creates tension and frustration as well.

The 55-minute documentary, which was shown on Dutch national television, illustrates how the roles of parents and children can reverse later in life. It also foregrounds the extent to which caring for a needy – often elderly – family member or friend can take a serious toll on informal caregivers. Despite this, because they love the people they care for, caregivers are not likely to complain about anything. Mom Calling is an attempt to create awareness around this issue. Not just as a visual document, but also through a series of real life meet-ups that were organized throughout the Netherlands.

When researching her film director Nelleke Koop was especially interested in the often emotionally charged mother-daughter relationship. ‘Daughters find that limits are always expanding when taking care of their mothers,’ she says. It wasn’t easy to find the women that participate in Mom Calling. ‘We were asking a lot from them. We film people in their own homes during very intimate situations. Elien was the hardest to find. I wanted to have someone in the film who takes care of her mother despite their fraught relationship.’

Put it out there

The daughters represent three different stages in informal caregiving to elderly parents: the beginning, the middle and near the end. Together they tell one story. To help continue and further the conversation around informal caregiving, which is expected to become more and more important as Europe’s population is aging, viewers were invited to participate in special events, where they were able meet and talk to other informal caregivers. New Amsterdam producer Thomas den Drijver: ‘It’s great to be able to see your audience up close, connecting with what you’ve been working on for a long time. To experience what a film can mean to people and how you can play a bigger part than making a film and just putting it out there.’

Nelleke, who was present at the meet-ups, agrees. ‘It’s a lot of work, but it’s very intense what we’ve been seeing at these events. It’s very special to be able to see how the audience connects.’ Thomas: ‘People greatly appreciate knowing that there are other people like them out there. I saw two women, who didn’t know each other before but whose husbands were suffering from the same illness, hold hands for the entire afternoon.’

Do you feel the need to elaborate with us on the topic of informal care? Just reach out. We'll be organizing more meet ups in 2019.